The final day of the International Charity Fairytales Festival (triennial) “KAZ.KAR.” was marked by the transfer of relays from the scientific conference, the “round table”, the exhibition “Art Axis” and the exhibition of the best works “KAZ.KAR.”, Literary readings, the nomination “Theatre”,” Fine Arts” nominations, master classes for the “Dance” nomination.

This year choreography was joined to the shining necklace of bright fairy-tale events.

Before the announcement of the results of the guests and participants of the festival “KAZ.KAR.”, The group of authentic music “Korali” was entertaining, encouraging the traditional performance of summer fun.

In addition to the location of the main events of the festival in Malevich, two more scenes were taken in Lviv Oblast Academic Puppet Theater (the square of Danylo Halytskyi, 1), where the show “Nash Veselyi Kolobok” was shown within the festival, and in the Lviv Academic Theater of Pop miniatures “And people and dolls” (O. Fredra Street, 6), where the play-fairy tale “Aybolit” was played.

The organizers tried every one who joined the extravaganza of this year’s triennial to console with a word, a smile, a gift, the most possible comfort.

A significant number of guests who visited the fairy-tale event recorded on the video and photo cameras the four-day spectacle “KAZ.KAR.”, which has no analogues in Ukraine, Therefore, eyewitnesses of the festival are confident that the fairy tale will warm them up to 2022, when the next unit of the congress of fairy-art fans takes place from the grace and goodwill of the founders, organizers, philanthropists and patrons of the International Charitable Festival of tales “KAZ.KAR.”

People’s artist Larisa Kadyrova, taking the arm of the president art-director of the festival Andriy Sendetskii, as if measuring his pulse, said quietly from the scene: “Tssss! Do you hear the steps ?! “KAZ.KAR.”is already coming to us! ” 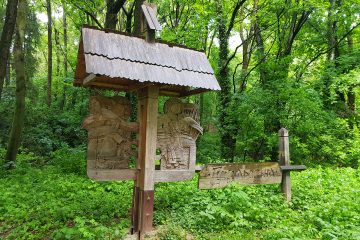 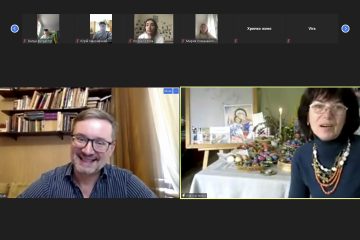