A book is a weapon

The Center for Cultural & Arts Initiatives in Lviv is urgently forming a new volunteering section aimed not at the East still the West – to provide our citizens with the necessary Ukrainian literature, including school textbooks. Due to the invasion of Muscovy in Ukraine, a massive wave of urgent emigration of our compatriots was outside the homeland. People were forced to leave their homes, leaving all their possessions, including libraries. There was a lack of Ukrainian literature in the new conditions of forced alien life, especially children’s. According to Ukrainian textbooks, there is no opportunity for students to study subjects.

Our friendly partner countries, for which we are infinitely grateful, have created the most comfortable conditions for internally displaced persons from Ukraine. However, our compatriots need literature in their native language, sorely lacking abroad in libraries, educational institutions, cultural and public centers, and temporary shelters for Ukrainians. We were approached by the academic centers of Slovakia and Poland with a request to help in this critical matter.

Our Center is launching an action to help Ukrainians who consciously need books. We interpret this not only as a formal transfer of literature but also as a symbolic and mentally crucial connection with the Motherland language and its culture in general.

Therefore, we urge those who want to get involved in an important cause, which will bear fruit not immediately but in the future. After all, it is important for us that the part of our fellow citizens who, for various reasons, settle in other countries forever, do not forget their native language, culture, traditions and assimilate to such an extent that, God forbid, they lose the seemingly invisible but necessary link. Connection with the Home, for the Freedom of which our relatives, friends, and acquaintances died and are dying.

This cultural shift will give another chance to learn the Ukrainian language and the Russian-speaking population of Ukraine, which in the vast majority found themselves abroad. Dissemination of our literature abroad will also promote the study of the Ukrainian language and acquaintance with our culture in general in countries that have hospitably opened their doors to internally displaced persons. Let us strengthen another important front of our sacred struggle in the battle for the Mother Tongue, culture, and belonging to the civilized world!

Books can be left in our office in Lviv (all our centers are located in the city center). With the idea of convenience and time rationality, please agree in advance on the time of your visit by writing an e-mail to info@artcenter.org.ua

We are strong only when together when each of us does his job and does what he does best, following the path he consciously chose, because this is the way of life!

Ukraine has always been, is, and will be! Glory to Ukraine! 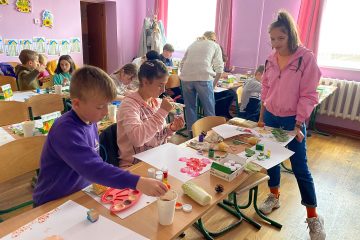 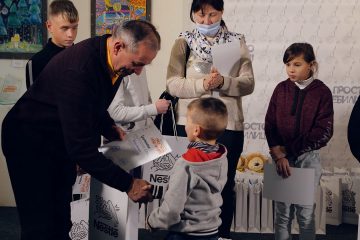 PROSTO NEBYLYTSI: popularization of art of young Ukrainian artists for eleven years in a row

On December 10, 2021, the solemn culmination of the All-Ukrainian Project for young artists, “PROSTO NEBYLYTSI” took place. The exhibition “PROSTO NEBYLYTSI” 2021 was presented at the Andrey Sheptytsky National Museum in Lviv (20 Svobody Read more… 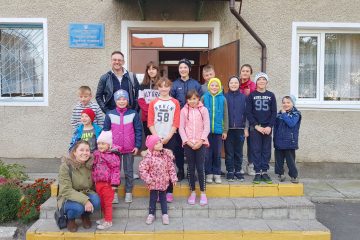 “Art Palette” 2021 in an orphanage in the Zolochiv region

On October 9, 2021, the volunteer group of the Center for Cultural & Arts Initiatives once again visited the Orphanage “Ridny Dim” of the Zolochiv City Council of the Zolochiv district of the Lviv region Read more…